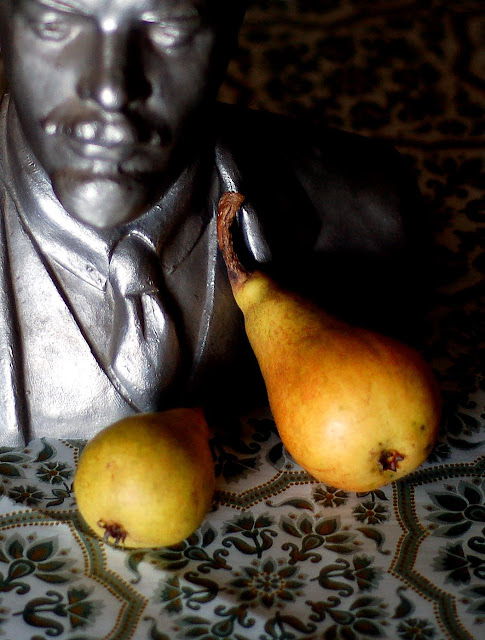 Unlike the rest of Eastern Europe after War II, Yugoslavia fell under the leadership of Marshal Tito and remained independent from Moscow. It became the only country in the Balkans resist pressure from Moscow to join the Warsaw Pact and remained "socialist, but independent" right up until the collapse of Soviet socialism in the late 1980s and early 1990s.

Tito prided himself on Yugoslavia's independence from Russia. Despite this, many people did side with Communism in its original sense, and admired such leaders as Vladimir Ilyich Lenin, whose bust I came across at the village house of the now-deceased parents of a friend I visited recently. The pears come from the garden beside the house. I don't know if Lenin liked pears, but the bust and the fruit made for a nice still life.
at July 08, 2010 12 comments: