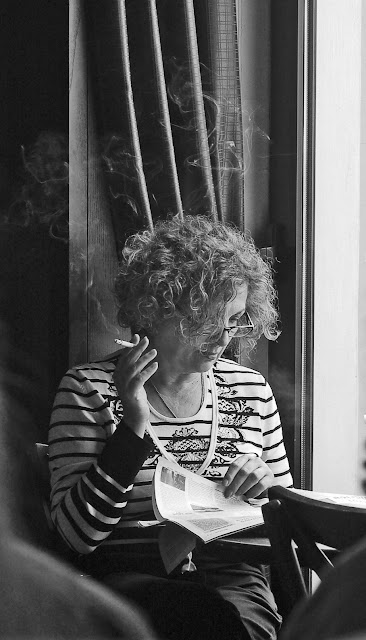 Almost looks like a French cafe scene, n'est-ce pas? Except now you can't smoke in French cafes, I think. There's been a law passed here (not sure when it goes into effect) that a percentage of restaurants have to have a non-smoking section, hurrah. However, like most laws here, unless someone complains about the smoke, people just light up. Caught this lady in the act on Saturday after my SlowArt Walk afternoon downtown in a popular pizzeria, whose name I will not mention, but should, and not because of the smoke. We all sat down at 1:00 and our food did not arrive until over an hour later!!! Anyway, I got a photo worth taking, but won't return to that restaurant.