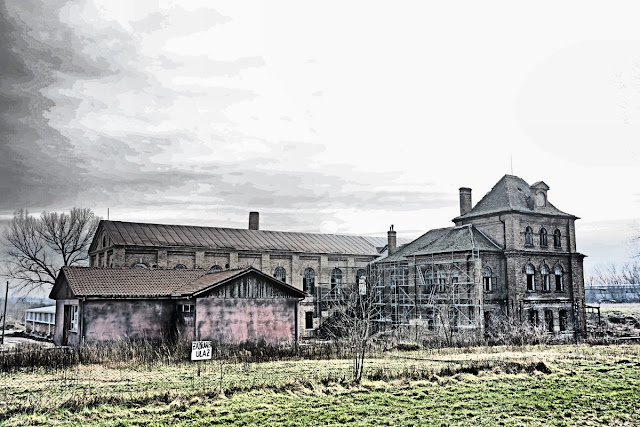 Actually, as you see, it's now a defunct silk factory in the nearby town of Pancevo.

A silk industry was begun in Pancevo in 1733 and this particular factory was built in 1900.  Silk was produced until 1967, but the industry was already declining and the 234 year-old tradition came to an end.