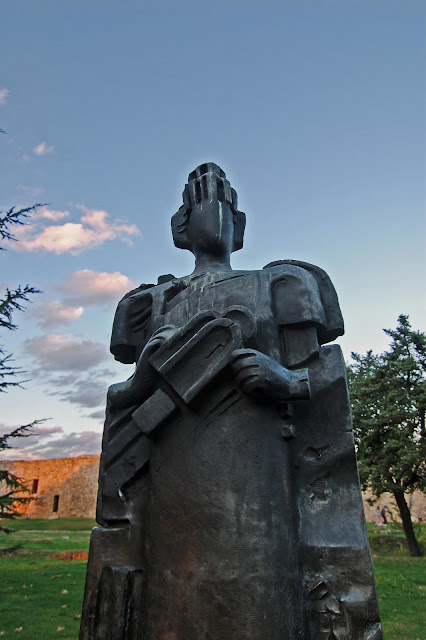 Stefan Lazarević (1374 – 19 July 1427) was ruler of the Serbian Despotate between 1389 and 1427. He was the son and heir to Prince Lazar, who died at the Battle of Kosovo against the Turks in 1389. Despot Stefan was a poet and a moderniser and his reign and personal literary works are sometimes associated with early signs of the Renaissance in Serbian lands, and he is credited with having introduced knightly tournaments, modern battle tactics, and firearms to Serbia. The title 'despot' has the meaning of 'Byzantine prince and ruler,' and does not carry the negative connotation it has in English.

This statue to him stands in Kalemegdan Park.

Check out other skies on SKYWATCH.