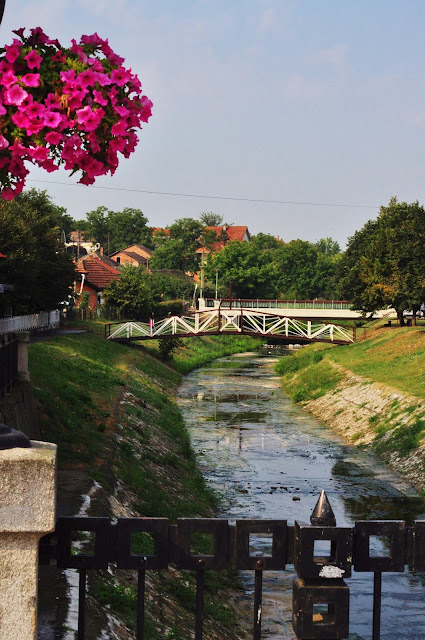 Grocka (pronounced GROT-ska) is a community about a half an hour's drive from Belgrade.  The region is known for its fruit, and many Belgraders have weekend houses there.

A week ago on Saturday I drove there with a friend in the hope of getting some peaches less expensive than in Belgrade...but for some odd reason, their open market was deserted and no street sellers to be found...kind of like the Twilight Zone...

But I did find a photo of a bridge...or three.

Two bridges, no, three
Over a polluted brook
Pink flowers caught my eye