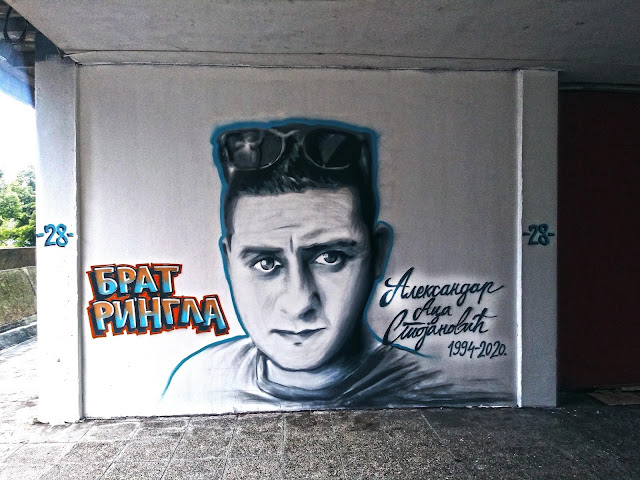 Last March 21st, there was a terrible fire on the 7th floor of a large apartment building in New Belgrade. It apparently occurred when an elderly invalid  was smoking and when he lit a cigarette, his oxygen tank exploded, destroying his own apartment and I  believe three others on his floor and the one above. Six people died, one of whom is the subject of this mural. He was 26 (the 28 on either side of the mural refers to this section of New Belgrade.)