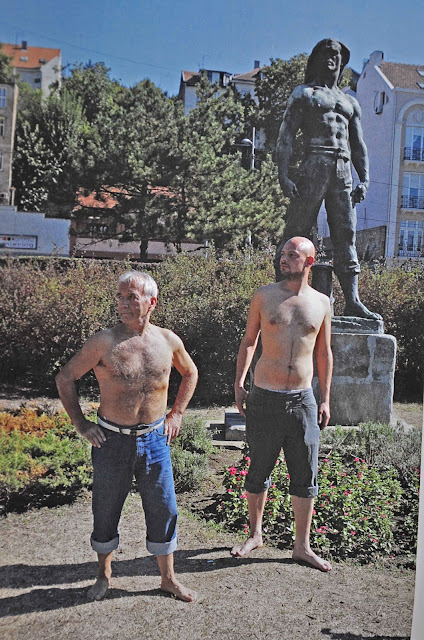 I don't know about you, but I often find the story behind the story of some of my photos.  In 2010, I posted this statue that I called The Dock Worker, since the plaque was missing.

On October 4th I posted that I'd been to the October Salon, a visual arts event that's been taking place since the Sixties. Inside as part of one exhibit was this photo that I rephotographed that shows the man who posed for this statue (he's on the left, but I think the fellow on the right may have had some influence, too).

His name, I believe, is Milorad, and he's still active in the art world. 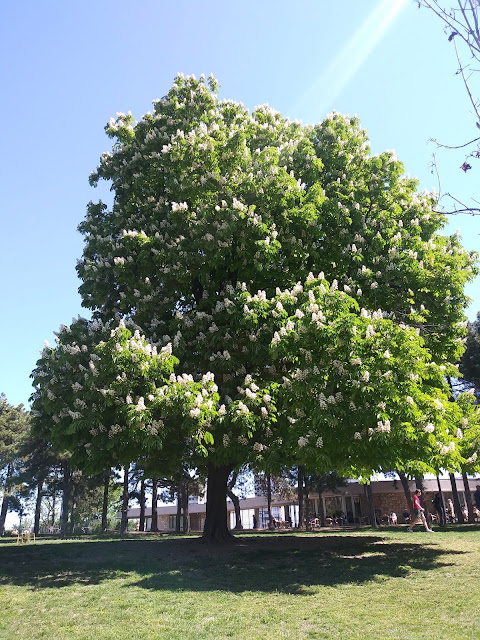