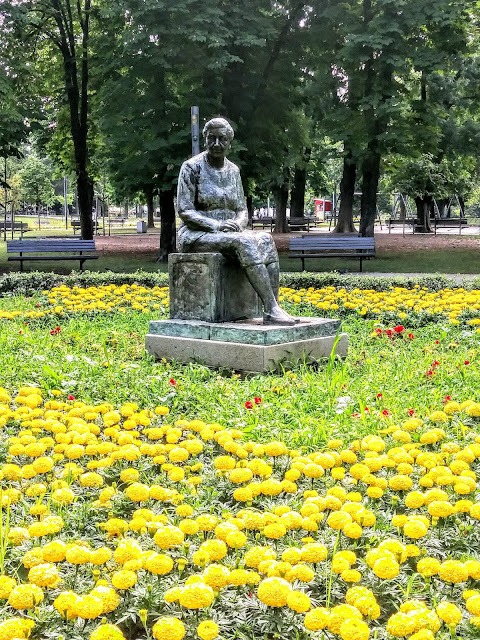 Desanka Maksimovic (1898 - 1993) was one of Serbia's best-loved poets.  Wiki has this to say about her:  Desanka Maksimović was a Serbian poet, writer and translator. Her first works were published in the literary journal Misao in 1920, while she was studying at the University of Belgrade. Within a few years, her poems appeared in the Serbian Literary Herald, Belgrade's most influential literary publication.
at July 22, 2020 5 comments:

WATCHING OVER THE BOTANICAL GAEDEN

These two, with matching statues on the other side of the entrance, watch over Belgrade's Botanical Garden. Looks like they've been... 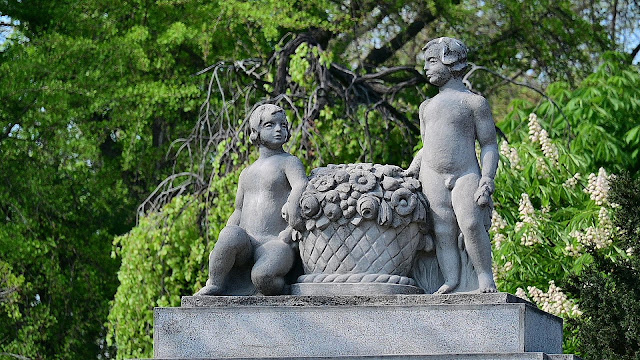