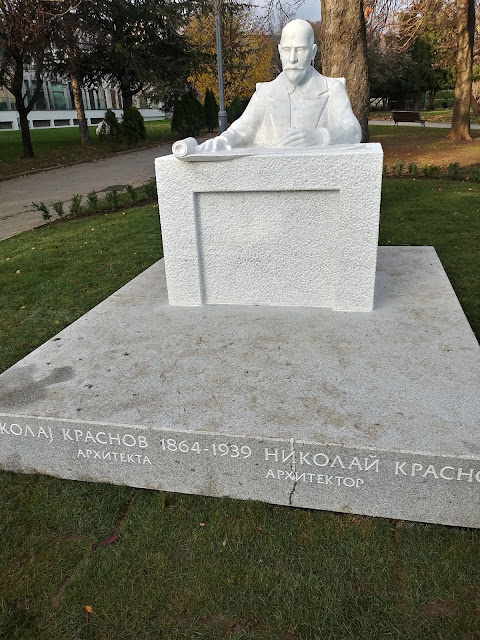 Ah, the pleasures of having a dog again. Now with little Madhu, I spend more time outdoors and revisit parks I used to walk Bibi in. Sometimes I find new things there, like this monument to Nikolai Krasnov, whose info I found on the Internet.  Oh, the things you learn!

"Nikolai Petrovich Krasnov was a Russian Yugoslav architect and painter, who served as Chief Architect of Yalta, Crimea, between 1887 and 1899. From 1922 he lived and worked in the Kingdom of Yugoslavia, and was a key figure in the architectural development of Belgrade."
at December 17, 2019 2 comments: