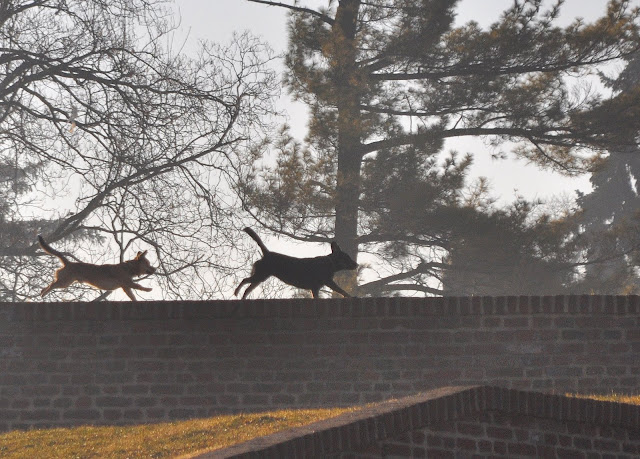 I thought I had heard it all, but here's something I discovered in my again-desperate search for a bridge to post on Louis La Vache's SUNDAY BRIDGES.

I found this at this site.
"Located near the village of Milton in the burgh of Dumbarton, Scotland, exists a bridge that for some reason or another, has been attracting suicidal dogs since the early 60s. At a rate of around one a month, dogs have been regularly leaping from the bridge; an estimated 600 have been reported jumping.

Even more strange are the circumstances behind these incidents of kamikaze canines. Not only have they been plummeting to their deaths from the bridge, but many have witnessed the dogs actually climbing the parapet wall before making the jump. Even stranger are the reports of dogs surviving their brush with death, only to return to the bridge for a second attempt..."

The two happy canines in my photo are gallivanting along a wall in Kalemegdan Park, far from Milton, Scotland, and not about to leap anywhere.

This monument stands on the main square in the town of Ruma, about 64 kms from Belgrade, in the province of Vojvodina. Drove up there the o... 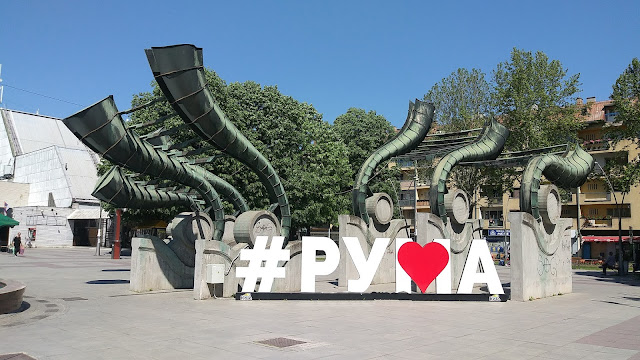