SUNDAY BRIDGES --Not really that close.... 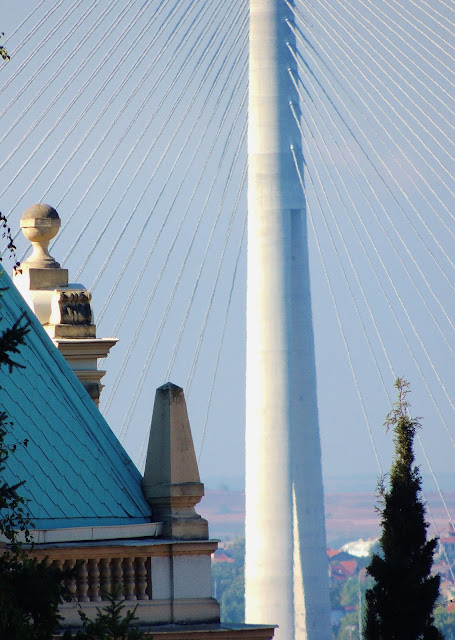 I love long lenses, not only for their reach, but the distortion of distance.  Here Belgrade's newest bridge, that I've shown you several times before (Bridge on Ada), appears to be really, really close to the Austrian Embassy, whose roof you see on the left.  But it's not....  This shot was taken with my little Nikon P510, which has the equivalent of a 1000mm zoom, which is why I bought it.  Even if I had the cash to shell out for a 1000mm or whatever for my D90, it would be too big to lug and I doubt if I'd use it that much.

I have noticed that many high schools around town have amazingly eye-catching murals. Here's another! See other murals on  MONDAY MURALS. 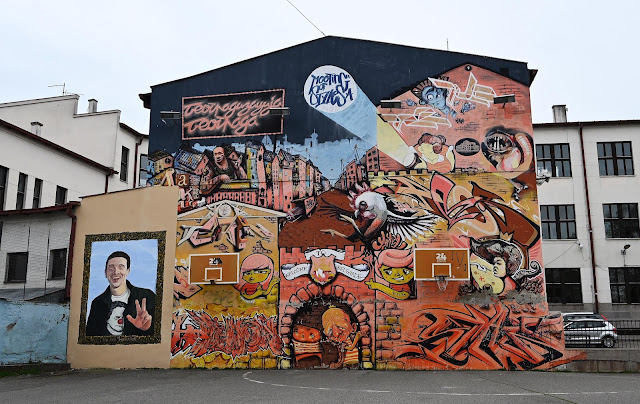