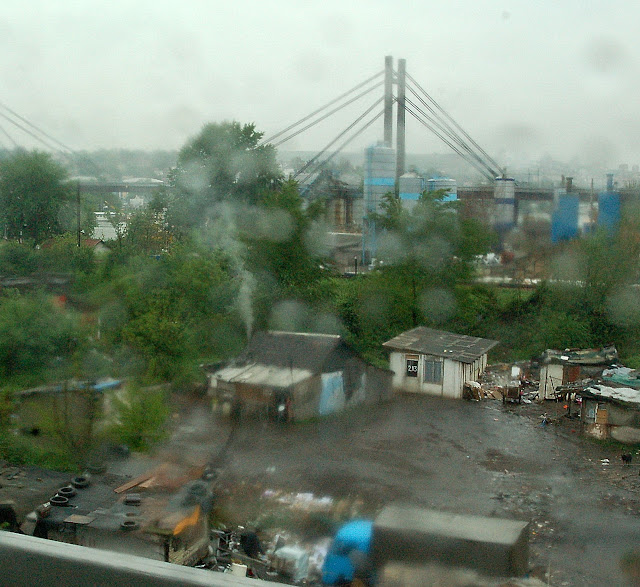 Had to dig through my archives to get a bridge photo for you today. This photo was taken a few years ago and it shows some makeshift houses that stood under Gazela, one of the bridges across the Sava River in Belgrade. The gypsies who lived in these homes were joined at one point by Serbian refugees from Kosovo, who had nowhere to go. The settlement expanded literally to the bursting point, and measures were taken, some claim unsatisfactory ones, to resettle these people, since unsanitary conditions posed a major health threat. You can read about the plight of the gypsies in particular in Europe and in Belgrade right here.

P.S. That is the New Railroad Bridge you see in the photo; the photo itself was taken from Gazela Bridge, while I was riding in a bus.