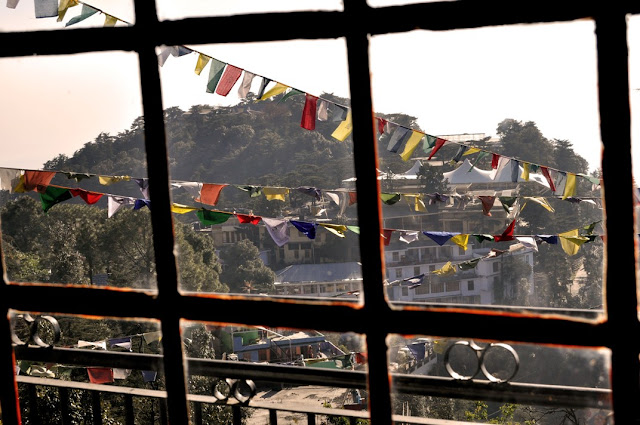 Here I am in Dharamsala, where I’ve visited on my last trip.  Dharamsala is a hill station in the state of Himachal Pradesh, famed for its large Tibetan community and as the home of the Dalai Lama.  The town is divided into Lower and Upper parts, the latter of which is known more commonly as McLeod Ganj, named after David McLeod, the once the British Lieutenant-Governor of Punjab.  McLeon Gang has an altitude of around 1,750 meters.  We’ll be making some excursions from here, including a hike or two.

This photo shows the tent-like white crests of the Dalai Lama's palace and the many prayer flags you see all over.
at March 04, 2013 4 comments: