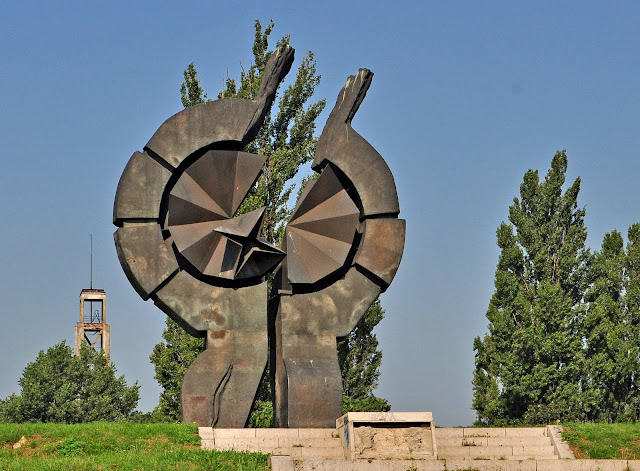 The title might seem redundant, since monuments do remind us of the past. One year ago last May I gave you this other shot of a monument standing on the site of a former WWII concentration camp for the extermination of Jews and Rom (gypsies), located on what was the the Old Belgrade Fairgrounds. Sadly, in this image, you can see that vandals have destroyed the plaque.

More importantly in the background rises the Fairgrounds' tower, which was used by the Nazis as a surveillance tower. Today the buildings, largely in ruin, of the Old Fairgrounds are occupied by refugees from the wars of the 90's over the territories of the former Yugoslavia, and several Rom families.

Sunny sky in this photo, but figuratively skies were anything but that back then.