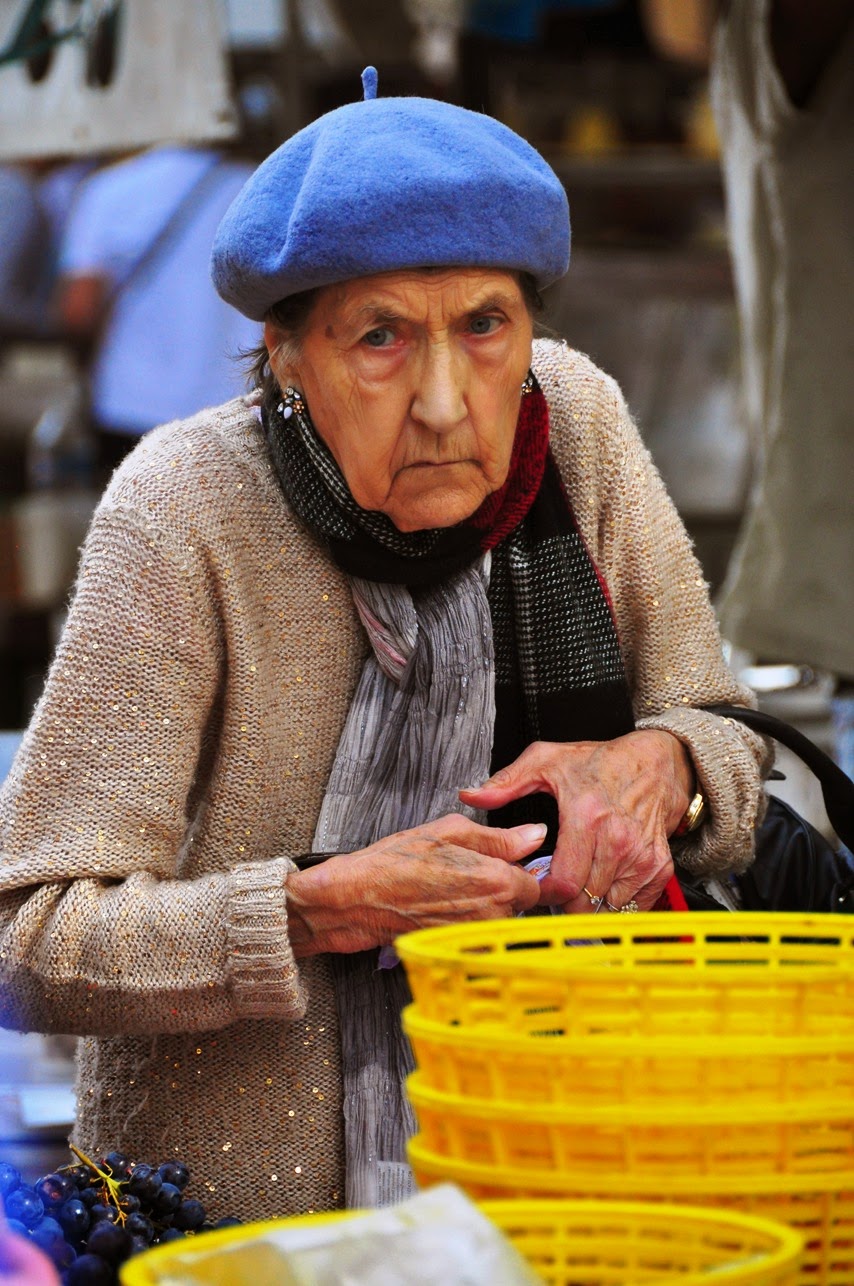 I am currently in Aix-en-Provence, France, where I studied 46 years ago....  Several of my classmates came over for a mini-reunion, including our director and his wife.  We are having an absolute blast....  More photos to come, of course.

Caught this chic French woman at the market...note the earrings, scarf, lavender beret, rings...  I love her expression.
at October 23, 2014 6 comments:

ABC WEDNESDAY--"O" is for "Original" 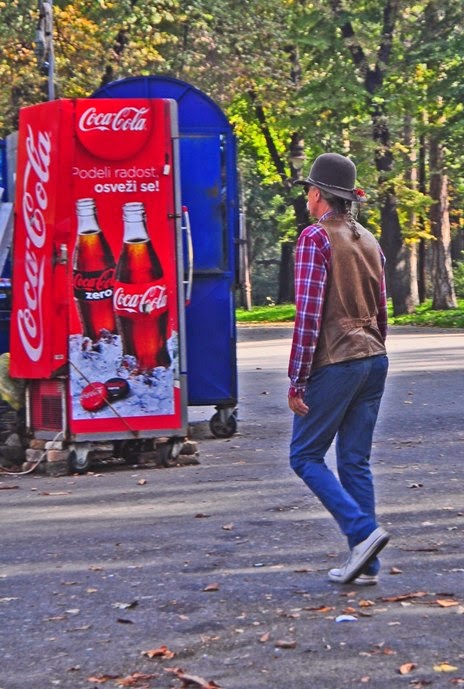 This fellow is wearing what I think is an original hat for a guy, along with his maybe not so original pigtail.  At first I thought Coke might have been the original carbonated soft drink, but not so.  Carbonated drinks have been around for quite a while, it seems.  As far as classics are concerned,
root beer was mass produced in 1876, 1881 brought us the first cola-flavored drink, Dr. Pepper was invented in 1885, Coca Cola in 1886, and Pepsi in 1892.


"Osveži se"  (another O) on the Coke machine translate as, "Refresh yourself." 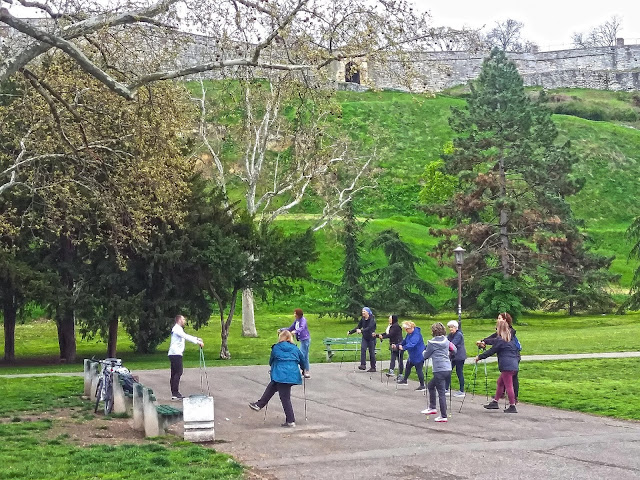