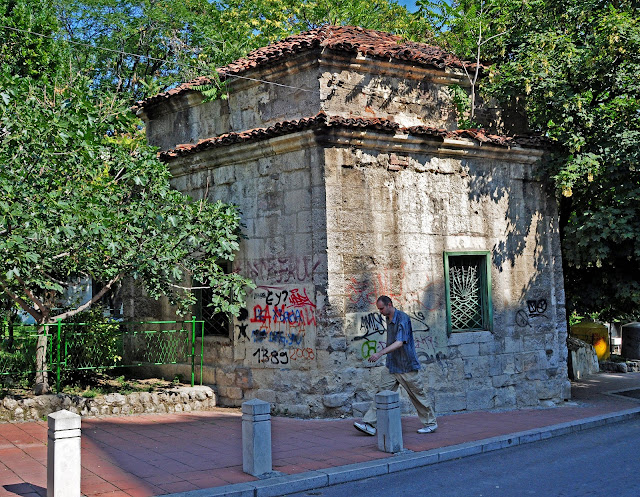 Above is a photo of Sheikh Mustafa's 'turbe' or tomb, on a side street in downtown Belgrade. This tomb, dating from the end of the 18th century, had fallen into ruin, but thanks to the Turkish International Cooperation and Coordination Agency, it will be restored.

Ironic, some say, that the building is  being restored by the Turks, who occupied Serbia and parts of the former Yugoslavia for 500 years, beginning with the Battle of Kosovo in 1389. The number 1389 scribbled on the wall above stands for the nationalistic movement you can read about here.
at August 14, 2012 8 comments: