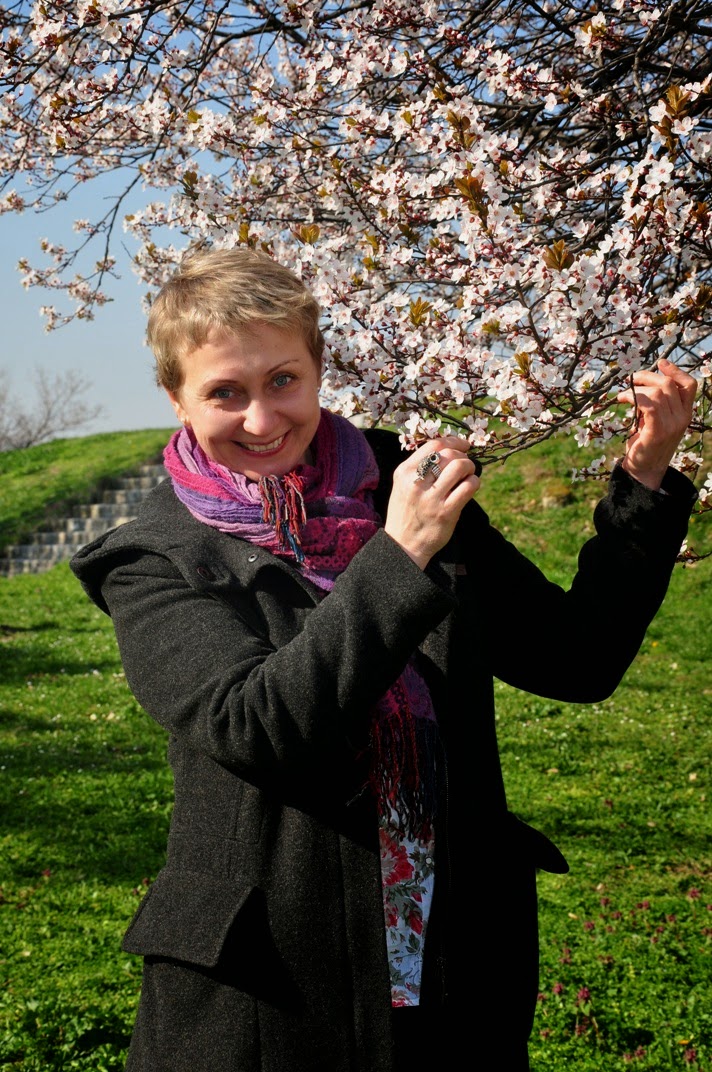 Met this charming Russian lady in Kalemegdan Park the other day. I saw her from a distance, photographing these blossoms with her DSLR.  At one point, she put it away and got out her tablet and moved very close to take more photos. I went up to her and asked if she was pleased with the tablet's resolution (most people seem to be).  She just looked at me for a moment, and I thought I'd said something wrong. Then she said, "Ya russkaya," whereupon I replied "Ya amerikanerin", and we both laughed and proceeded to have a bilingual conversation as we walked along. There are enough similarities between Serbian and Russian, so this wasn't hard.  She told me she was visiting her daughter in town, and that she herself was a florist in her town (forgot where....)  And I did understand that she WAS happy with the tablet's resolution!


Daily Haiku
Walking and laughing
Each in so-called "foreign tongue"
Let us share so much
at March 31, 2014 8 comments: