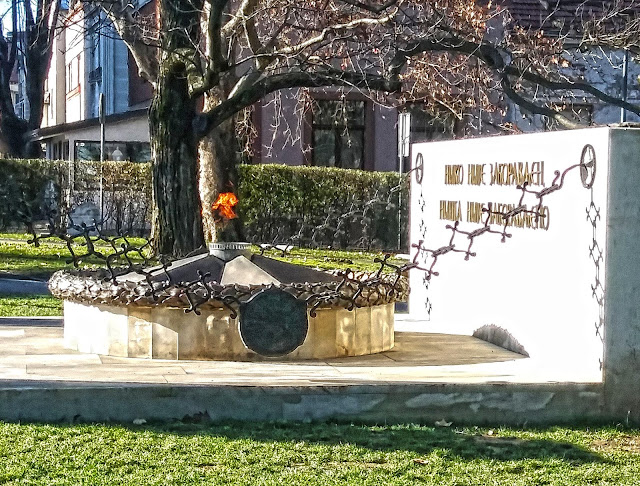 Belgrade was liberated at the end of WWII through a military operation  from the German Wehrmacht  through the joint efforts of the Soviet Red Army, Yugoslav Partisans, and the Bulgarian Army.   Above you see the eternal flame.