ABC WEDNESDAY "M" is for "Moving on" 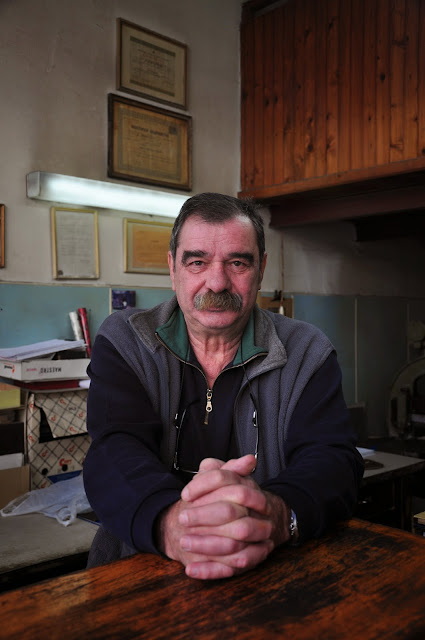 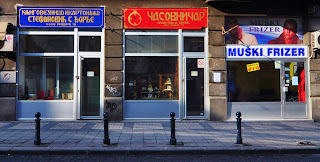 Meet Mr. Djordje Stefanovic, whose little bookbinder's shop appears on the left of the bottom photo.  The shop has been in his family for over sixty years, but now, sadly, there's no one in his family who's interested in carrying on the trade.  I've come to him several times to have books rebound, the last of which was my son's favorite (and now little Mila's; I've ordered one for my grandson, Luka), Dr. Seuss's Old Hat, New Hat, which was showing the signs of much love from my son.

Djordje's going to retire after the first of the year....  I wish him well, and now don't know where I'll go....