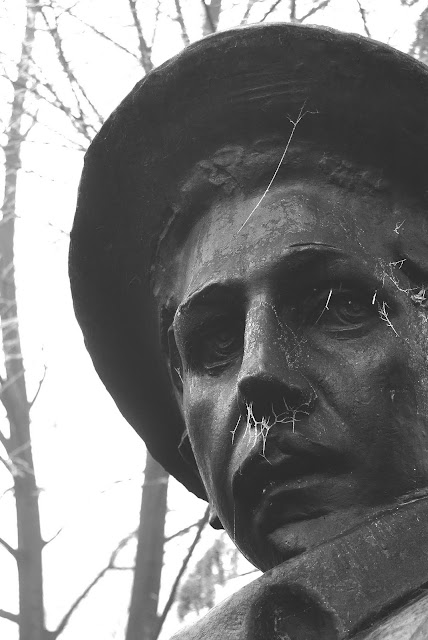 Radoje Domanović (RAH-do-yeh Do-MAHN-o-veetch) (1873 - 1908) was a Serbian writer and teacher, most famous for his satirical short stories. He died of tuberculosis. This illness, along with the affection he inspired in all who knew him, surrounded his work with a romantic, sentimental aura.

During his short literary career he developed the great powers of the satirical novel, although some of his stories are distorted by pessimism. Below are two examples:

The Suffering, an allegory in which he castigated the ruthlessness of the authority and submissiveness of its subjects.

The Leader, a story about incompetent leadership: people who chose a person they'd never seen before to lead them to a better place. After suffering through a long trip, they realize that their leader is blind.