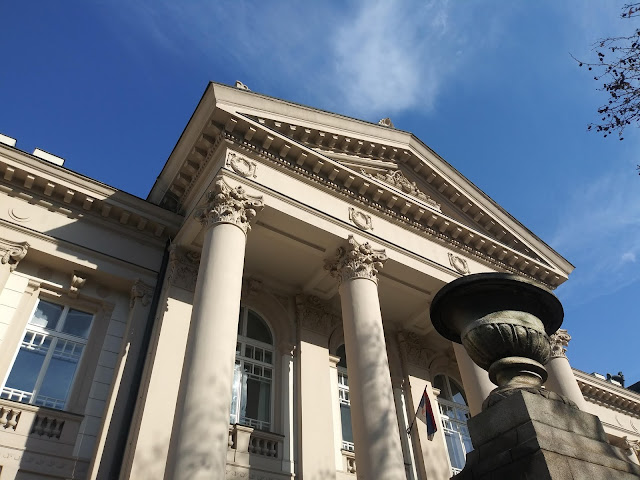 Sunny skies when I took this photo and today, too, although it is minus 10 Celsius.  This is the facade of the Svetozar Markovic library of the University of Belgrade, named after a 19th century political activist, literary critic, and socialist philosopher. Markovic died as a result of having been jailed under very poor conditions and he died on February 26th at the age of 28.

See other skies on SKYWATCH.