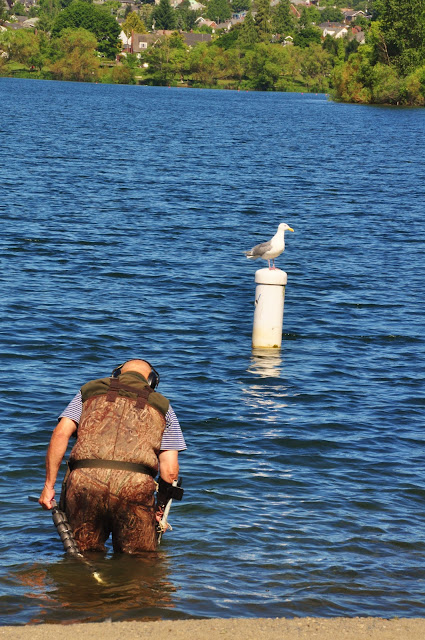 I was first attracted by this man's attire...I thought he had tattoos all over, but it's just the camouflage design. He was using some sort of underwater metal detector, under the watchful eye of a seagull. Occasionally he's scoop up something in a small metal bucket, sort through, then begin again.