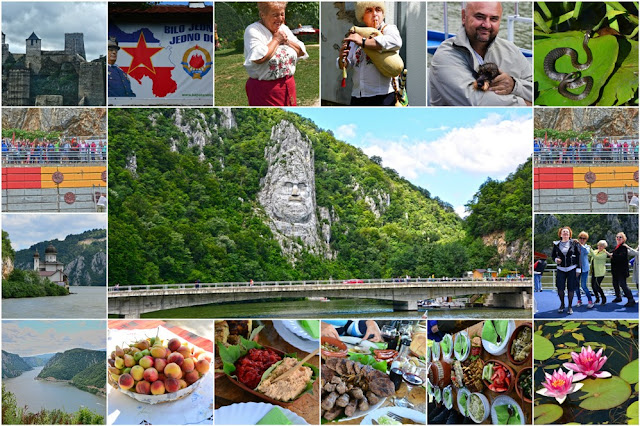 All those words and more could describe a recent trip to Djerdap (JER-dap) National Park," located in Eastern Serbia about 3 hours from Belgrade.

I'd been there several times before, but never had seen the rock carving of Decebalus, which is not visible from the road, but only by boat. That's the photo in the middle of my 'postcard'. Decebalus was the last king of Dacia, who fought against the Roman emperors Domitian and Trajan to preserve the independence of his country, which corresponds to modern-day Romania. The carving is located on the Romanian side of the Danube.