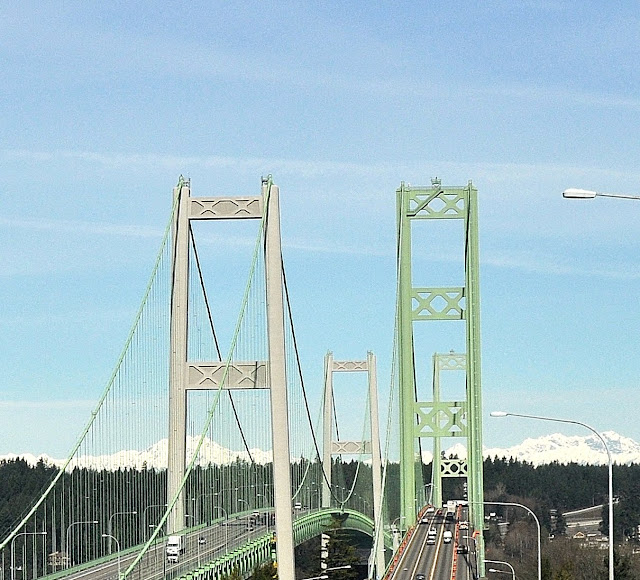 The 'older' Tacoma Narrows Bridge, linking Tacoma with the Kitsap Peninsula in Washington state where I am for a few months on a family matter, was built in 1950, replacing a bit older one now known as Gallopin' Gertie, that collapsed in1940...see this video. In 1990 voters approved the new bridge on the left, built a few years later, to relieve heavy traffic. That bridge was open first to walkers before traffic, and I walked it. Nice view...