ABC Wednesday--"C" is for 'controller' 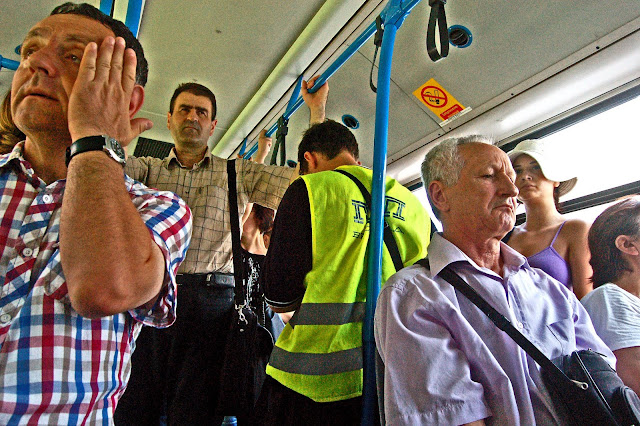 They say there's no such thing as a free lunch, but for many people in Belgrade, there has been a free ride. For a long time, many commuters risked their luck (read: cheated) by not punching or even buying a bus ticket. There were plain-clothes 'controllers' who occasionally confronted passengers and fined them, or at least attempted to, but this was often unsatisfactory and unsafe for the controllers.... Now new controllers are on the prowl, clearly identified with their fluorescent green vests and traveling in pairs if not packs.

It looks as if the gentleman on the left was thinking, 'Thank goodness I had my ticket', but he's really just wiping his face from the heat that plagued Belgrade when I took this photo.