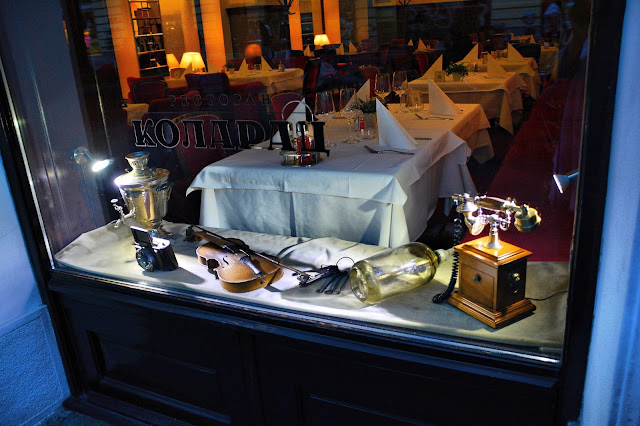 The restaurant Kolarac is one of the oldest urban rastaurants which was named after the owner of the house – the legacy donor Ilija Milosavljević Kolarac. As soon as the house was built the restaurant with the garden was opened there. Citizens, mostly families, started coming there instead of going to the German’s Garden which used to be their favourite place. The Kolarac restaurant has always been a solid restaurant. Families came there after midday sermon and in the evenings people liked to drop by after a walk around Kalemegdan for a drink of beer and to listen to music. In the beginning the restaurant and its garden were smaller: there were a few rather small rooms and a bigger one, and the garden was just a half of what it is today. Half of the seats were always reserved for regular guests. The Kolarac restaurant could boast of its “regulars”, something that no other restaurant could do.

Ilija Kolarac was a wheat dealer, and  became quite wealthy. He donated a great deal of his estate to Belgrade, including the land on which his restaurant now stands.

I enjoy going to this restaurant from time to time, especially to its garden behind the restaurant itself, where you can also have lunch or dinner.
at August 11, 2020 4 comments: