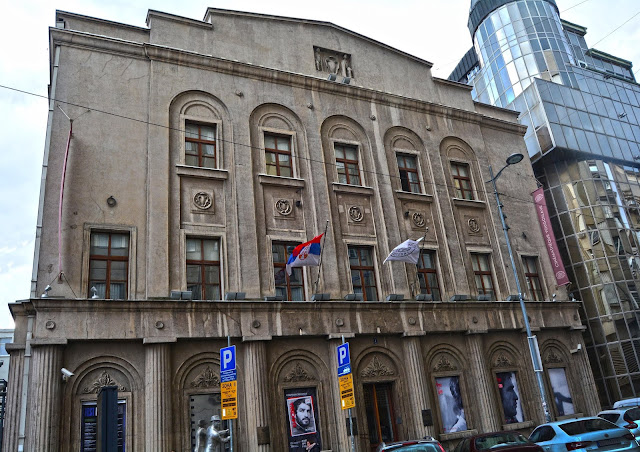 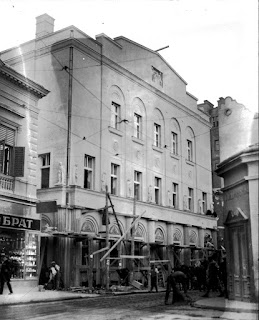 Here's a current and older shot of Belgrade's original municipal building, which now houses the Yugoslav film archives.  Awfully hard to get a decent recent photo because of all those darn cars parked there.

The Belgrade Town Hall now has the status of the cultural monument. It was built around 1846, during the reign of Prince Aleksandar Karadjordjevic, and was located on the site of the former Great bazaar, which later became the venue of the administrative and educational life of the capital.