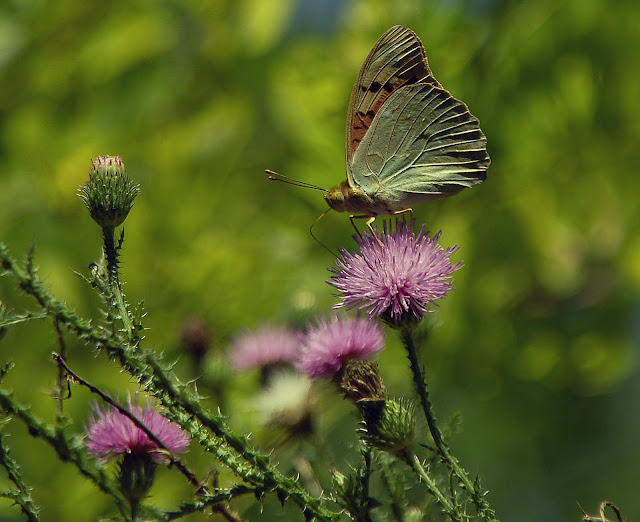 Two years ago my husband passed away unexpectedly at the age of just 61. Yesterday my son and I and close friends gathered around his grave in remembrance, and my daughter paid homage to him, too, in Seattle.

The day after his funeral my son and daughter and I returned to the grave, where we found a little gray squirrel who stuck around for a while. On the one year anniversary, just as the Orthodox priest began his service, a pigeon flew down and landed on the cross which bore his name and stayed the entire time, seeming to listen attentively. Yesterday, before we gathered at the grave, I stopped off at my son's place. I was sitting with my back to the window when my son's wife said, 'Oh, look!' There was a colorful butterfly trapped between the curtain and the window. I carefully caught it and let it go.

Signs? I kind of like to think so. The butterfly in my photo is not the one I caught, but since I didn't have my camera with me yesterday, this photo will represent it.