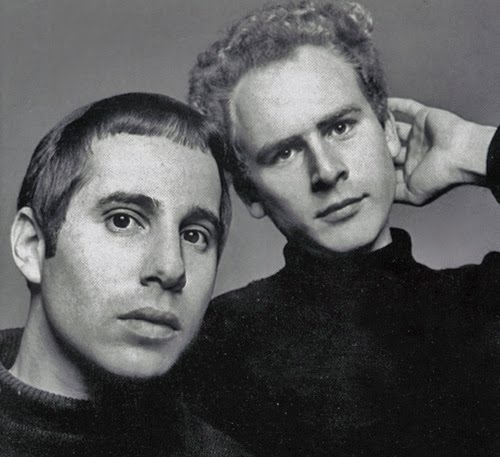 I'm running out of bridges, but not imagination. Hard to believe that Bridge Over Troubled Water (click to listen to the song) dates from 1970. I did not take the above photo, at least the original, but I did photograph the old Bookends album cover I have. Before the song's release, there had been "troubled water" between the duo, and Simon and Garfunkel parted ways in 1970.

See other bridges, metaphorical or not, at Louis La Vache's Sunday Bridges.
at March 06, 2011 11 comments: