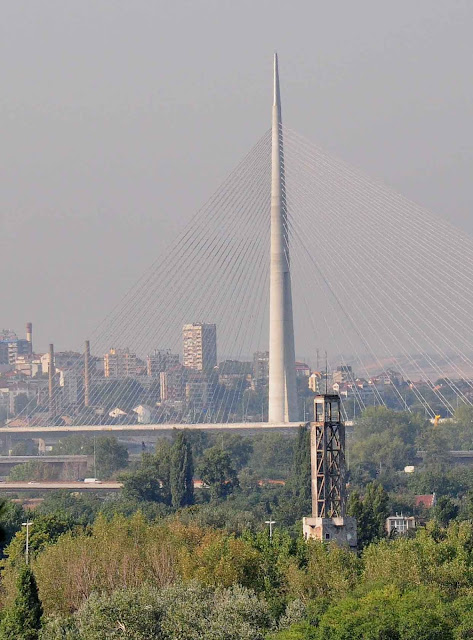 Lots of verticals here, among which are the spire from Belgrade's newest bridge, the Bridge on Ada, and in the foreground, the old Nazi concentration camp watchtower that stands on Belgrade's Old Fairgrounds.  The dilapidated buildings of the former camp are now home to Serbian refugees from the wars across the former Yugoslavia.