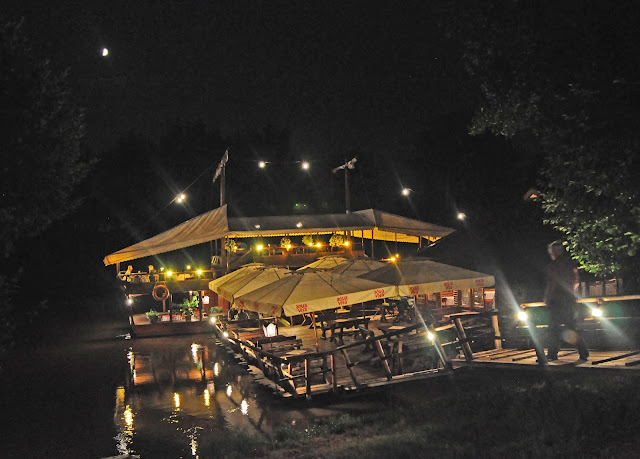 Took a short trip this past weekend to the country to some friends' house located near the city of Kraljevo, located on the Ibar River.The city suffered a major earthquake (5.3)  in November 2010, as a result of which two people were killed and over 100 suffered light injuries. A number of buildings suffered damage, and several hundreds, chiefly older buildings, were rendered unusable.  This river cafe looks a little slanted, though probably not because of the earthquake (!). The fellow on the bridge seems to be keeping his balance.