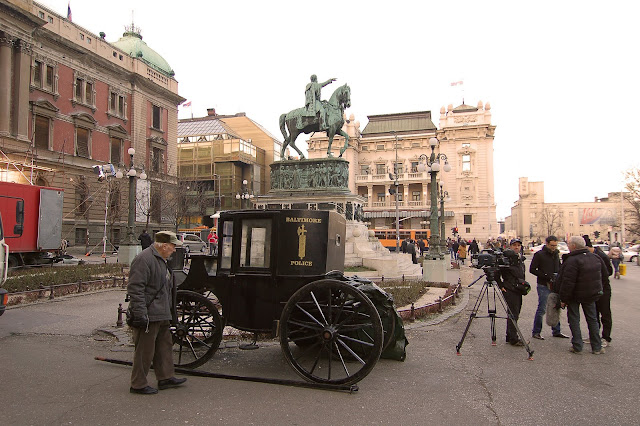 Here we are on Republic Square again. That's the National Museum on the left, the statue of Prince Mihail in the middle, and the National Theater in the background. The black 'Baltimore Police' car is a prop for the filming of John Cusack's new film, The Raven, depicting the final days of Edgar Allan Poe, which is being filmed partly here in Belgrade. If you click on the link, you'll see that the actor has been enjoying Belgrade's well-known nightlife.

ADDENDUM: Below is a photo I snapped last Saturday when I saw the film crew, and this time the actor (seated), in Kalemegdan Park, waiting for 'action'. 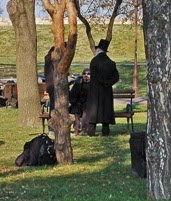