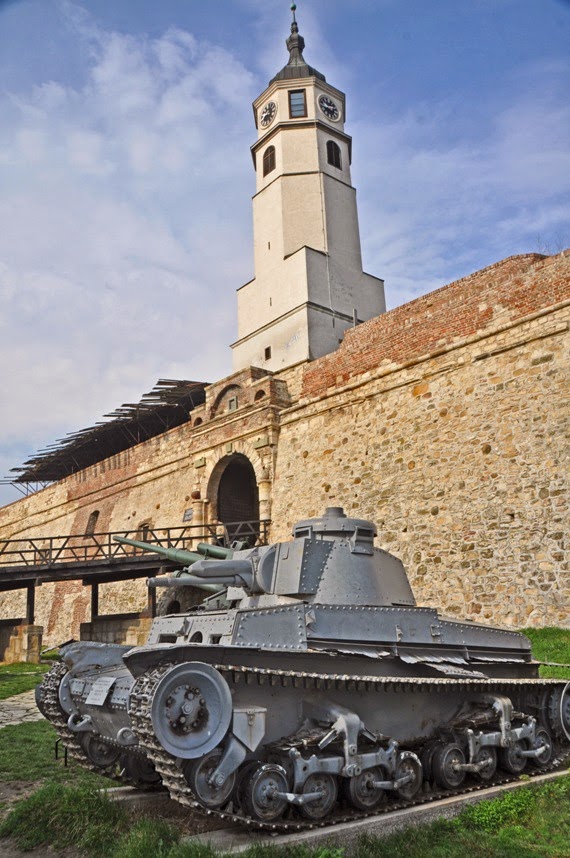 There's a military museum in Kalemegdan Park, and though I've walked past the tanks on display many times, it struck me that this one is (or closely resembles) Lieutenant Gruber's 'little tank', from the very popular British series Allo, Allo!", which ran from 1982 to 1992.