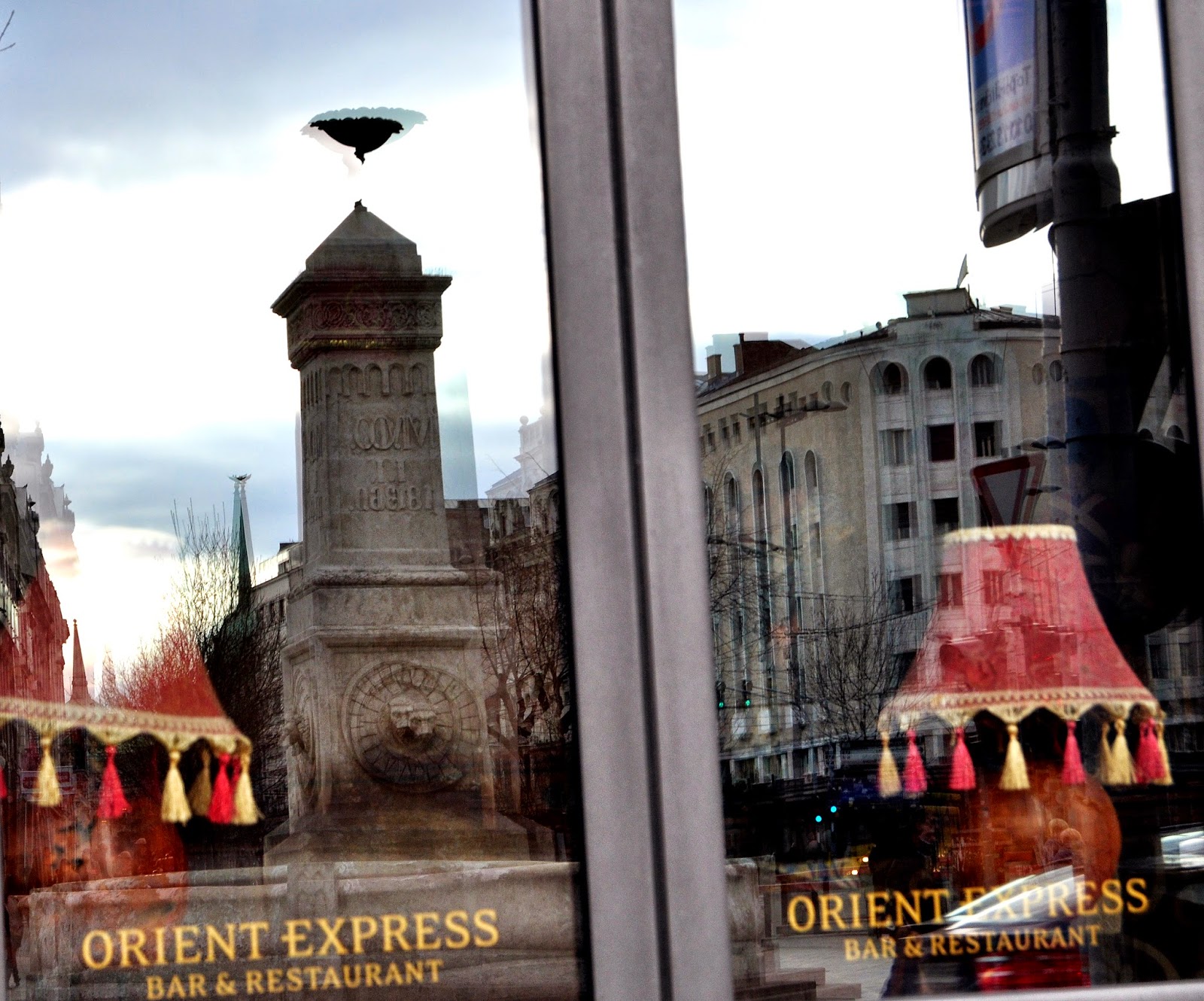 Well, not exactly ON the Orient Express, but IN it...sort of.  The Orient Express in question here is a restaurant/cafe inside Belgrade's Hotel Balkan, outside of which I took this photo.  In the reflection you can see a fountain that stands in front of the Hotel Moskva, a piece of which is visible to the left.

The original train the Orient Express ceased to run on December 14th, 2009, but its route had included Belgrade. I remember seeing the train on one of its stopovers quite a while ago.

See other reflections on James' WEEKEND REFLECTIONS.
at December 06, 2014 11 comments: