THE PALACE OF SERBIA 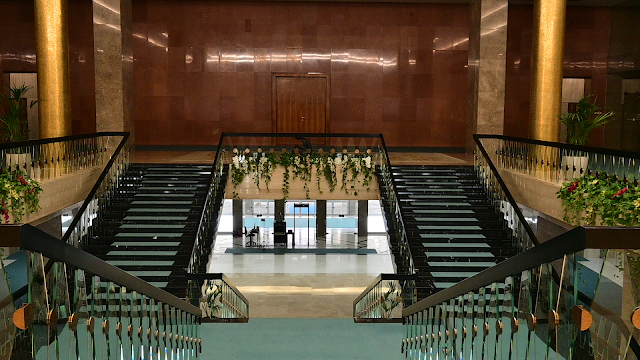 Not a real palace in the royal sense, but the PALACE OF SERBIA houses several ministries and cabinet-level agencies. A true 65,000 square meter showplace completed in 1959.  Of course it was first called The Palace of the Federation (i.e. Yugoslavia).

I had the privileged opportnity yesterday of touring the building, and with  its art and restored furniture from various parts of the former Yugoslavia, it was literally mind-blowing. If the opportunity arises again, I may go  back.

What you see in the photo here behind those closed doors is Tito's (RIP) office, but we were not allowed in.

Photo of a texter at April Bar here in Belgrade. April seems far away....