At the Chinese Market 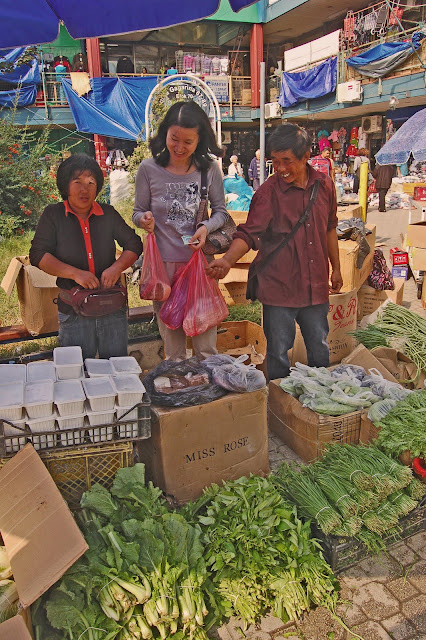 I thoroughly enjoyed taking my new Chinese friend Lixiu (LEE-hyoo) whom I met yesterday (see last post) to Belgrade's Chinese Market. The market consists of three large pavilions crammed with sellers of just about everything, even the proverbial kitchen sink. "He's speaking a southeastern Chinese dialect; she's speaking Mandarin Chinese," remarked Lixiu, as we wandered through the market. Lixiu remarked that the clothing is designed for export and western tastes, and many items you wouldn't find in China. She treated herself to a western-style sweater. In the above photo, Lixiu is buying some vegetables and noodles from the produce sellers between the pavilions. (She's staying in a company apartment with a kitchen.) I bought some, too, and some moon cakes, a sweet typically eaten, so says Lixiu, on the Moon Festival coming up on September 23rd.
at September 14, 2010

I wouldn't have guessed that a Chinese market exists in Belgrade! Nice walking encounter yesterday!

this is lovely.
& a moon festival sounds wonderful too!

Mme la Vache, who was born and raised in China, remarked that the Chinese markets all look the same no matter where in the world they are found. Indeed, this image could have just as easily been taken in the Oakland or San Francisco Chinatowns.
;-D

Merci...
The best way to find out what to buy at a Chinese market!

Moon cakes are I am sure nothing like Moon Pies ... what are the Moon cakes made of/with?

This is so wonderful! My mom, on her last visit back to Belgrade, came across the Chinese market and was utterly freaked out by it. I'm still laughing at her reaction.

Can't seem to delete the above, which is missing it's middle. Was trying to say we have the same veggies here and that your new friend looks like she's having a good time.

Very nice. At what part of (New) Belgrade is that market located at?

How cool to have a new friend from the opposite side of the world. Interesting about not being able to find same items in China...but I guess not surprising.
While in (Slavonska) Pozega, we went to one of several China shops - my young american travelers wondered why we had come to that store...merchindise just like we have here. But I tried speaking to the Asian girl at the counter but she understood no Croatian nor English.

Such a fun place to shop and great to experience with a new friend.

i like chinese market's..are so full of colors!! regards

Aren't moon cakes called Yeubing? Or is that Japanese? Maybe so. What a fun time getting to know someone. 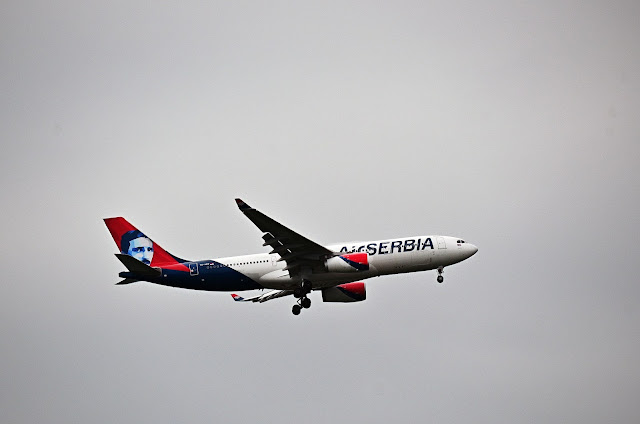