Skywatch: An eye on the horizon 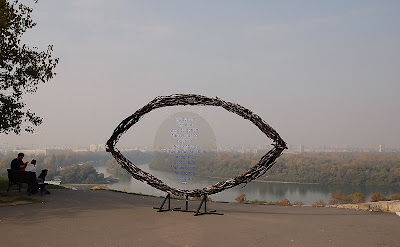 Not much of a gorgeous sky, but the sky IS most of the photo! In its long and tumultuous history, Belgrade had often changed names and rulers. When the Scordisci (a Celtic tribe) set uptheir stronghold Singidunum at the confluence of the Sava and Danube rivers in the third century, the city at the "crossroads of the worlds" had been already been conquered by the Byzantines, the Gepidae, the Sarmatians, the Eastern Goths, the Slavs, the Avars, the Francs, the Bulgarians, the Hungarians, the Ottomans, the Austrians, the Germans... each of whom gave the city their respective names: Singedon, Nandor, Fehervar, Nandor Alba, Alba Graeca, Grieschisch Weisenburg, Alba Bulgarica, Taurunum... However, its Slavic name Belgrade, meaning White City, has lasted the longest. The British Encyclopedia of Cities mentions that Belgrade has suffered the greatest number of battles waged for it, and is also the city with the greatest number of symbolic names: The Hill of Battle and Glory, the Hill for Meditation, the House of Wars, the Egypt of Rumelia, the House of Freedom, the Gateway of the East – the Gate of the West...take your pick!

Hello! Welcome to Dogs on Thursday! That's a lovely picture!

Love the picture...and the lesson!

Great pic. Also I love your header photo. Thanks for sharing!

Interesting history lesson! It sounds like Belgrade must be on a major route that makes it vulnerable to attacks by outsiders. Belgrade must be very beautiful if it's situated where two rivers meet! ;-)

Thanks for a very informative and interesting post, Bibi! Love it....and that really is a great shot for SWF!

I think it is tragic that so many battles have been fought for your city.

The history is interesting...

what a magnificent image, i didn't see your dogs on thursday post, i will go look for it, thanks for joining with me! hugs.

What an incredibly disruptive history!

Bibi, I had never known this history - good job of putting so much in such a small space! And the photo is wonderful. I like that you included the people.

This is a fantastic post! I sincerely enjoyed the history lesson, and the photo may not show off a gorgeous sky, but it tells a story. I really liked today's posting. Thank you!

This Is My Blog - fishing guy said...

What a neat eye into the sky photo, what a neat capture.

I enjoyed your post and the photograph is great. Love to learn something so very interesting. Thank you.

I love this shot, it's even better enlarged!

I like the all seeing eye. Such a troubled history but Belgrade seems to withsatnd all it's invaders. White City, another fact learnt. It really is a fascinating place.

When I first moved here in 1977, many women this age dyed their hair a bright, bright,  orangey red. Now it seems that there's a rush o... 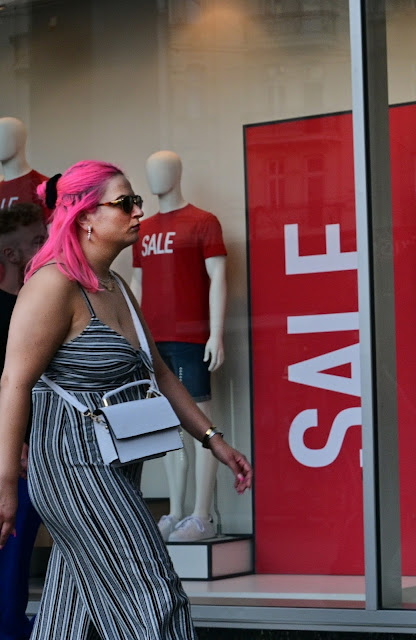